Today, I spontaneously decided to pick up a few old masters I cast some months ago, before I somewhat went away from 28mm. Some are quite messy, I experimented with different alloys and mold-cutting, but there's nothing a blade, a file and a bit of green stuff can't fix :) - off for work, lazy me ! 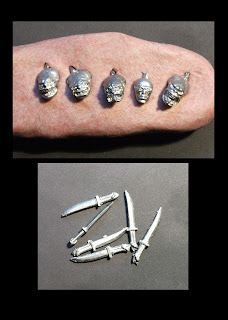 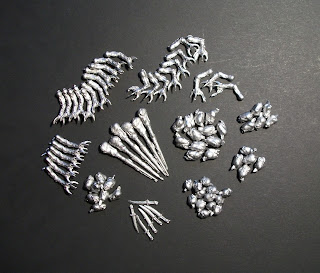 Aliens never had a really great impact on me - alien hybrid types, however, always held a certain fascination.
-

Also today, it's German Unity Day, which made me think a little. Not about the reunification in particular, but about history in general. I happened to come across a little pond a few posts ago and forget to mention it's actually the remains of a crater from the various WWII air strikes in Kiel, 14.05.1943 - 04.04.1945.